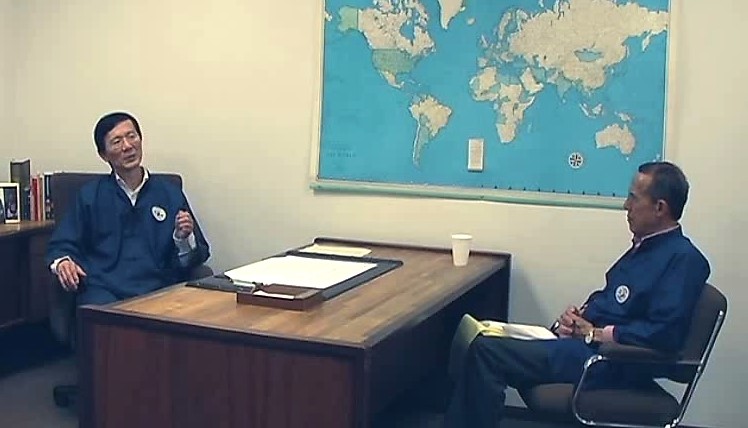 Have you ever played the game: “Which 3 people in history would you like to have over for dinner?” Well if you have, consider this combo: an astrophysicist, a Taoist master, and a camera operator. We did!

A Love of Tao and Physics

We notice that the Taichi Tao Center seems to attract a disproportionate number of students who have careers in the science of physics! (Perhaps it’s due to Chicago’s amazing universities or national labs like Fermi and Argonne.)

One such student, the late astrophysicist David DeYoung, PhD, spent his entire academic and career life exploring new galaxies and the wonders of space. An international scholar and speaker on astrophysics, he was also an avid Taichi enthusiast, studying the art in Tucson, Arizona under Master Barry Brownstein, a former student of Master Waysun Liao.

Dr. DeYoung became a long-distance student of Master Liao, and met and got to know him during our many seminars, both in the Midwest and in Tucson. Over a two year period from 2009 – 2011, Dr, DeYoung flew to Chicago on several occasions to visit Master Waysun Liao privately at the Taichi Tao Center.

An Epic Conversation on Tao, Life, and the Universe

We wondered what would happen when an astrophysicist could ask a Taoist master anything he wanted! We also wondered if we could listen in and record their conversations on video!  We asked! They agreed and the camera rolled as the two men embarked on a one-of-a-kind journey covering questions on life, energy, the nature of the universe, and the inner workings of Taichi, and Tao.

The result?  From those interviews, we originally produced a nine-hour video series originally titled “How to Connect Chi and Tao.“

Since that time, we’ve also gradually uploaded segments of the interviews in several separate streaming courses on Taichitao.tv.

Today, we’re happy to announce that the entire nine hours are NOW AVAILABLE in a online streaming bundle for purchase so that anyone can own this treasured content in their own personal video library.

Here are interview segments that can be purchased as separate courses, or together as contained in the new bundle:

Tao and the Struggle of Life

Using Energy Centers and Energy Flow to Transform Yourself with Taichi

How Taichi Can Connect us to Tao

How to Raise Your Energy Frequency with Taichi and QiGong

How to Break Through this Limited Dimension

How to Truly Understand Birth and Death

What Defines Progress on the Path Toward Connecting to Tao?

Matching the Energy Frequency of the Universe

What is the Purpose of This Dimension?

The great thing about the interviews is you can listen to them in any order you wish. You can jump around through any chapter to zero in on the topics that interest you most or apply to your current practice.

Here are just some of the fascinating topics you’ll unlock in this series: 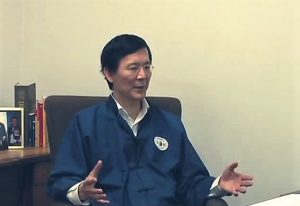 Dreams – Animals – Presentience – Our Energy After Death – Mass Tragedies and Accidents – Energy Pathways in the Body – The Importance of Energy Centers or Tantiens – Past Lives and Recycled Energy – Managing Negative Energy – Family and Children – The Purpose and Limitations of This Dimension
and so much more!!

Why are listening to interviews with Master Liao so valuable? Aside from illuminating analogies on Taoist truth and Taichi principles, and in addition to his gentle sense of humor, Master Liao’s interviews set you firmly in the right direction to reach the ultimate goal of Taichi: personal transformation through Chi Awareness, Chi Flow and Chi Application, and a personal reconnection to Tao and our original selves. 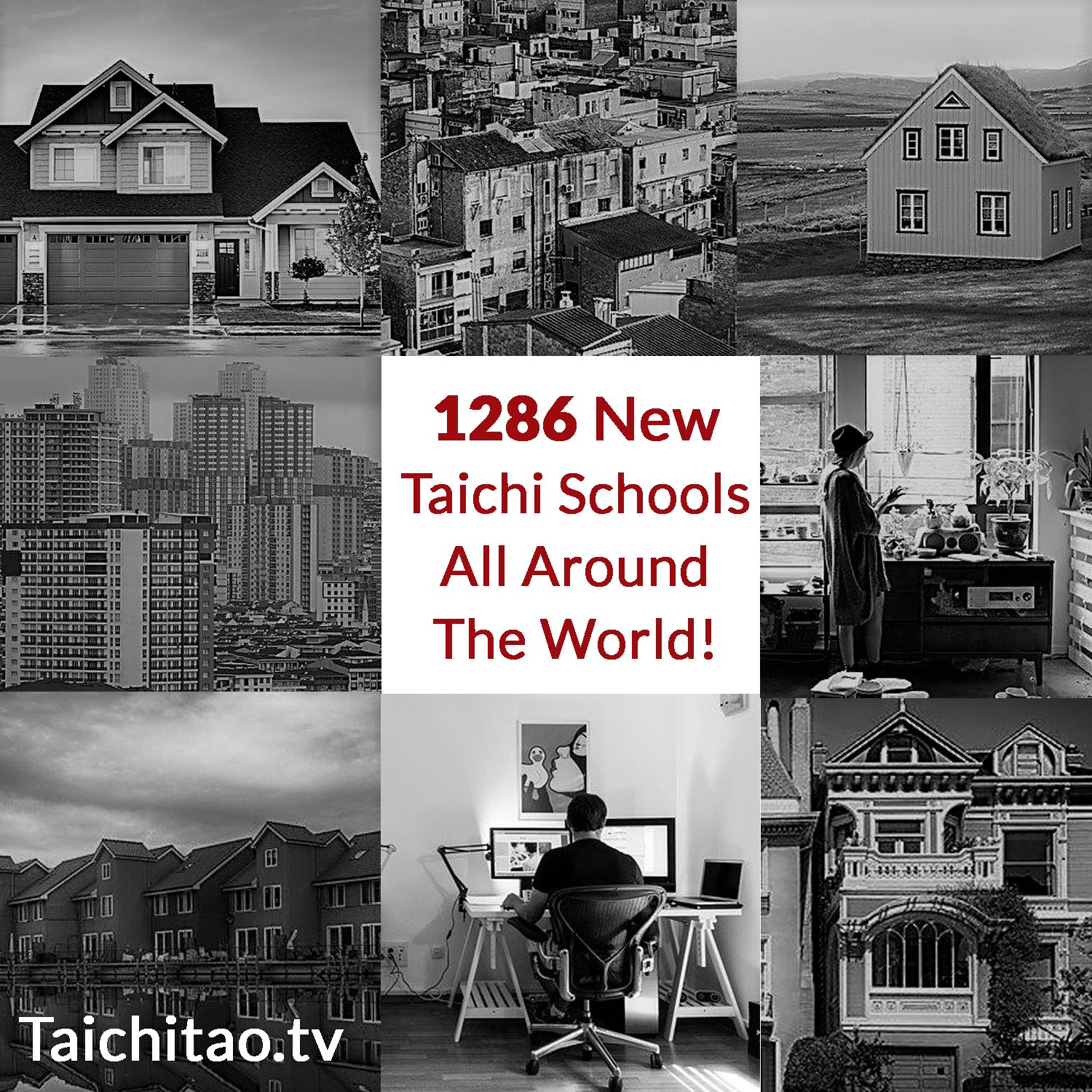 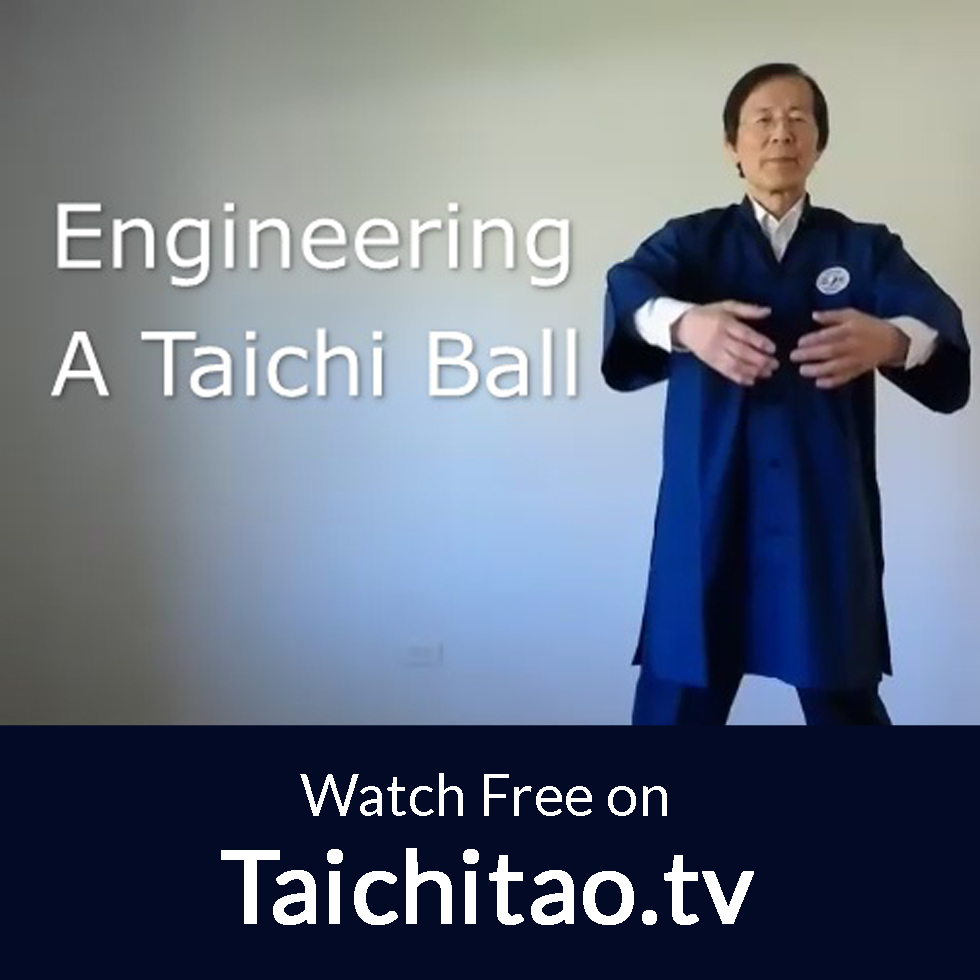